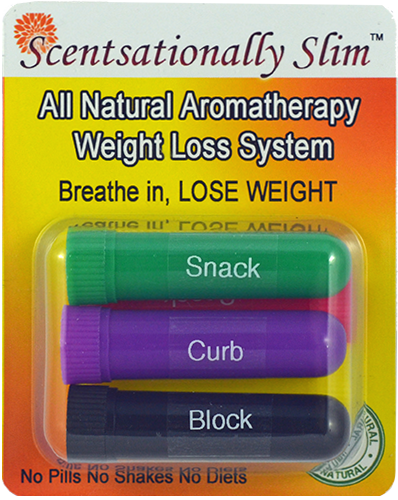 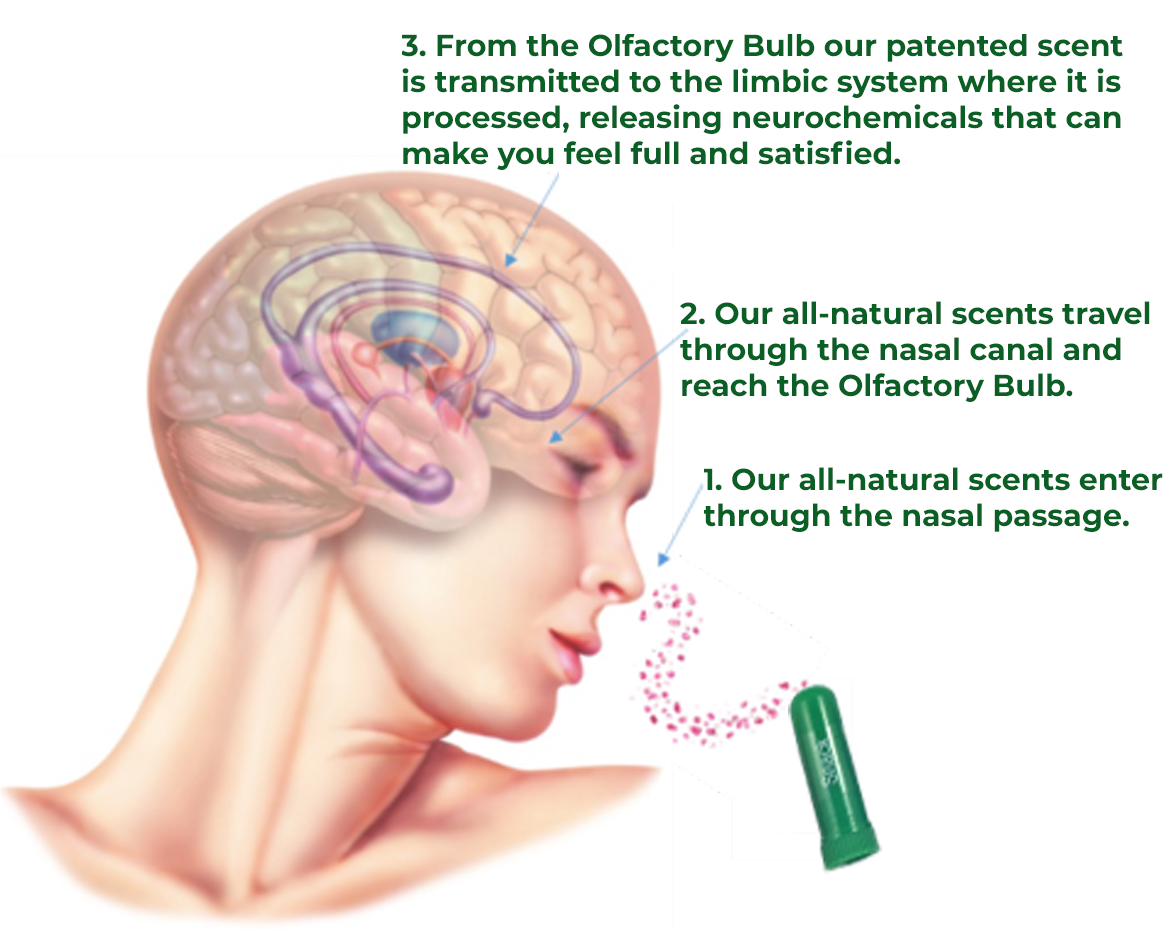 Get ready for big words and an even bigger idea!
Here's how it works: Does your stomach send signals to the brain to tell you if you're hungry or full? It's really the other way around, it's called the satiety response. It's located in a part of our brain called the "Ventromedial Nucleus of the Hypothalamus". (Big word Alert!) It has been proven that 90% of what we taste is smell. When the odor of food reaches the olfactory bulb in our nose, which is connected to the Hypothalamus, it sends a signal which triggers the bodies response of feeling hungry or full, dependent on how much scent has reached our Satiety Center. Check this out, have you ever caught a cold or sinus infection and your nose is so clogged that you can't smell? Then you took a bite of food and it tasted like cardboard or had no taste at all? Or, when you were little and your parents wanted to give you some bad tasting medicine and they (or you) would hold your nose so you couldn't taste it? That's the olfactory bulb being blocked which is proof that 90% of our taste is smell and not in our mouth! Let's get back on track here.... So, if we can fool our brain, in other words, send enough of the right scent signals to the Satiety Center, our brain will then send the signals to our body that we have eaten enough food and we will feel full and satisfied without putting food in our mouths and ultimately unwanted fat on our body.

THE RESEARCH STUDY
In the mid to late 90's a prominent doctor did a research study on over 3000 people using similar scents as in our system and the results from the study were phenomenal! The results confirmed that scents like ours can help people lose weight and even more exciting, some people lost more than 100 lbs in the six-month study! In fact (and we quote) "The number one side effect of using the smell devices was EXCESS weight loss!!" Some people lost so much weight they had to be dropped from the study!

OUR BLOCK INHALER
In a study performed at the Niigata University School of Medicine, Asahimachi-dori, Niigata, Japan. It has been mentioned in the field of aromatherapy that the fragrance of grapefruit has a refreshing and exciting effect, which suggests an activation of sympathetic nerve activity. It also can be assumed that the activation of sympathetic nerve innervating the white adipose tissue (Which in short is WAT or white fat, the bad stuff) facilitates lipolysis (Big word Alert!), then results in a suppression of body weight gain. To make this a little more understandable Lypolysis is the breakdown of fats and other lipids by hydrolysis. Basically a natural occurrence in our body that burns fat that slows down with age. This study addressed the effect of olfactory stimulation (breathing in) with the scent of grapefruit oil and lemon oil on the efferent nerve activity in the sympathetic branch of the WAT in the anesthetized lab subject. The results of the experiments demonstrated that the scent of the citron group increased sympathetic nerve activity to WAT in the anaesthetized lab subject, which suggests an increase in lipolysis and a suppression in body weight gain. Our proprietary blend of all natural essential oils contained within our Block inhaler has been suggested in this scientific study to suppress (slow down) body weight gain and enhance the effectiveness of our PATENTED Scentsationally Slim Weight Loss System!
That is the MAGIC of our Scentsationally Slim Weight Loss System. With our PATENTED all natural aromatherapy food grade inhalers, you can breathe away the pounds and have the body you have always dreamed of, painlessly, while still eating the foods you love!
So why not give it a try? Click the button below to try our Scentsationally Slim Aromatherapy Weight Loss System TODAY! 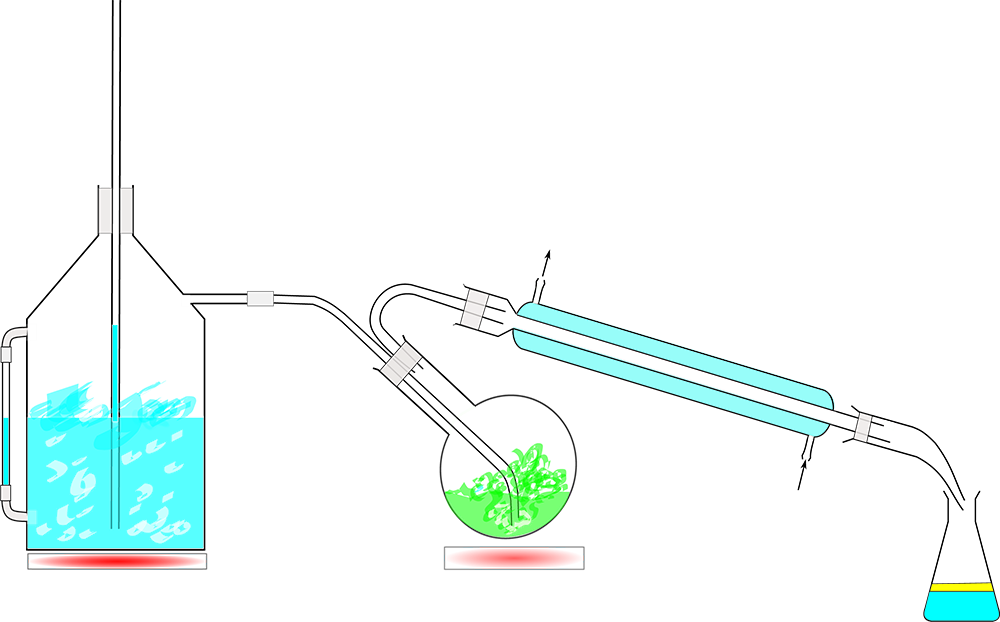 Steam Distillation is the most common method of extracting essential oils. Many old-time distillers favor this method for most oils, and say that none of the newer methods produces better quality oils. Steam distillation is done in a still (similar to the one pictured to the left).
Fresh or sometimes dried botanical materials are placed in the plant chamber of the still, then pressurized steam is generated in a separate chamber and circulated through the plant material. The heat of the steam forces the tiny inter-cellular pockets that hold the essential oils to open and release them. The temperature of the steam must be high enough to open the pockets, yet not so high that it destroys the plants or burns the essential oils. As they are released, the tiny droplets of essential oil evaporate and, together with the steam molecules travel through a tube into the stills condensation chamber. As the steam cools it condenses into water. The essential oil forms a film on the surface of the water. To separate the essential oil from the water, the film is then decanted or skimmed off the top or is separated through another chamber that has an oil outlet. Naturally! Our Scentsationally Slim Aromatherapy Weight Loss System is filled with All Natural Distilled Essential Oils. We have formulated the specific scents that have been proven through science to help you shed those unwanted pounds, easily and naturally! Breathe in, Lose Weight! Click the button below to order your very own Scentsationally Slim Weight Loss System Today! 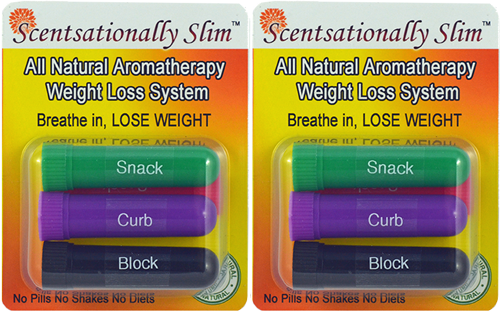 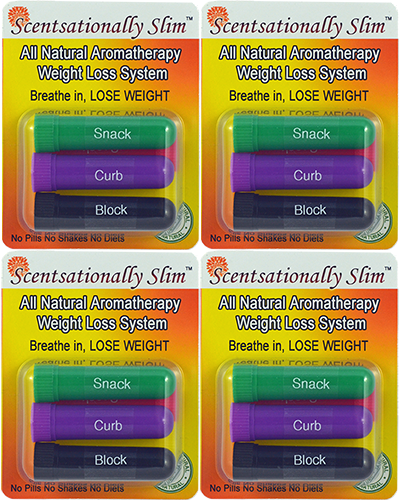 † THESE STATEMENTS HAVE NOT BEEN EVALUATED BY THE FDA, THIS PRODUCT IS NOT INTENDED TO DIAGNOSE, TREAT, CURE OR PREVENT ANY DISEASE. **WARNING This system is not recommended for people with Asthma, COPD, or if you have been diagnosed with any breathing disorder OR if you are allergic to any of the ingredients. Consult your doctor before using.